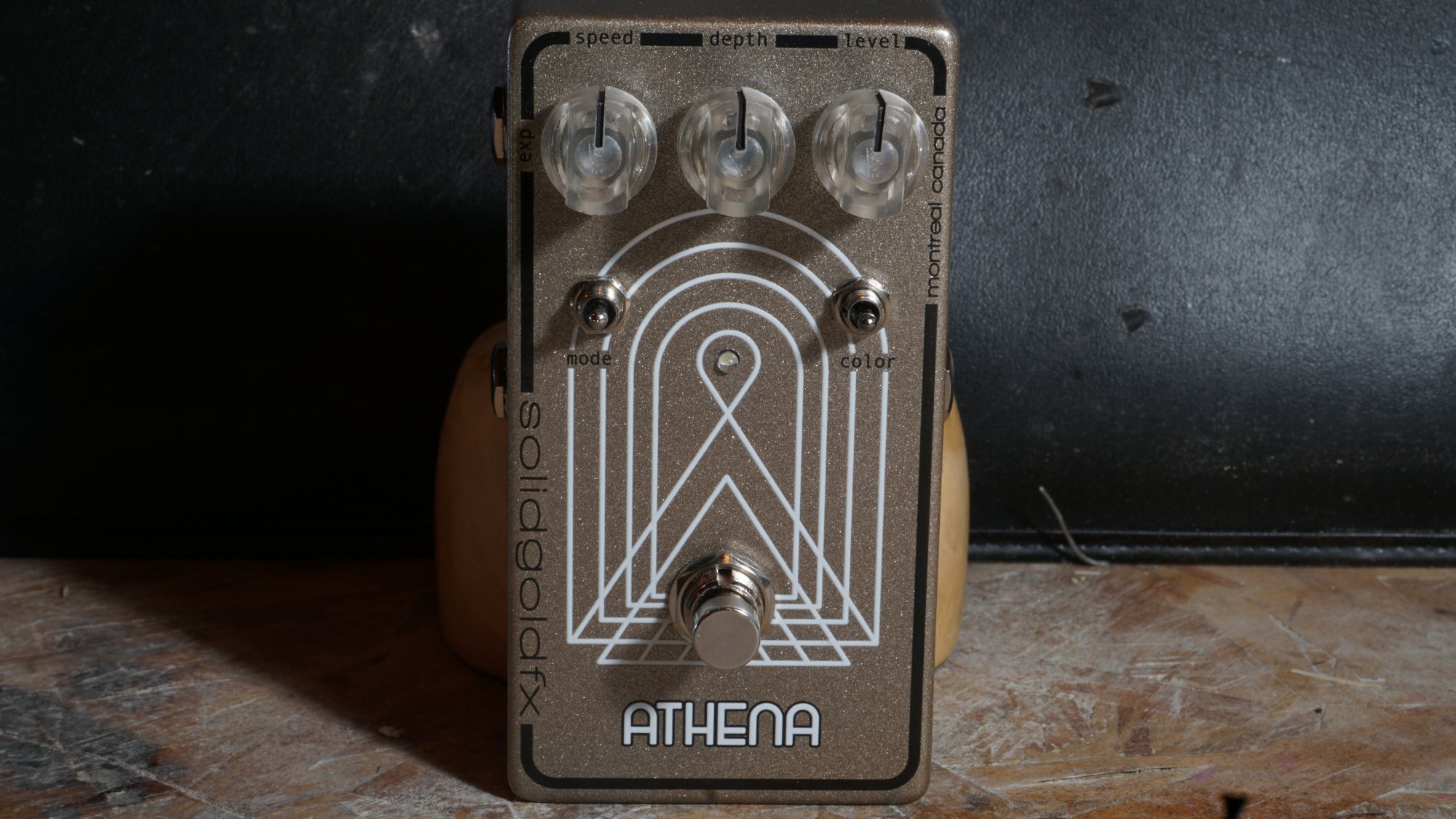 Our Athena vibra-phase unit fittingly contains two of the four stages of the Apollo, giving you the juicy, chewy swoosh of our full-featured with a little less brashness and with tons of character to spare. However, like the goddess herself, Athena is much more than a simple feature set and design parameters.

Stop us if you’ve heard this one: A Uni-Vibe is essentially a souped up phaser. Well, yes and no. While they are topologically similar, the Uni-Vibe requires a little more fine tuning—asymmetric tuning in this case. Athena has all that. It’s perfectly voiced to hold court with the rest of your effects and your instrument’s natural tone. In short: It’s highly musical and dynamic, just like your playing.

Speed, depth, level—these come standard. But where the Athena really earns its keep is in its mode and color switches. The mode switch lets you change between different levels of blending to let a little or a lot of wet signal through. One mode position sets Athena to manual mode, where an optional expression pedal lets you manipulate the sweep of Athena without having to bow.

Color gives you three levels of oomph that push the Uni-Vibe character into overdrive, essentially giving you a high, medium and low amount of throb for some truly inspiring textures. Adding Athena to any of your solos or chordal work is an excellent idea, dredging up rich harmonics while generating serious spatial movement. It’s time to pay tribute to your tone.