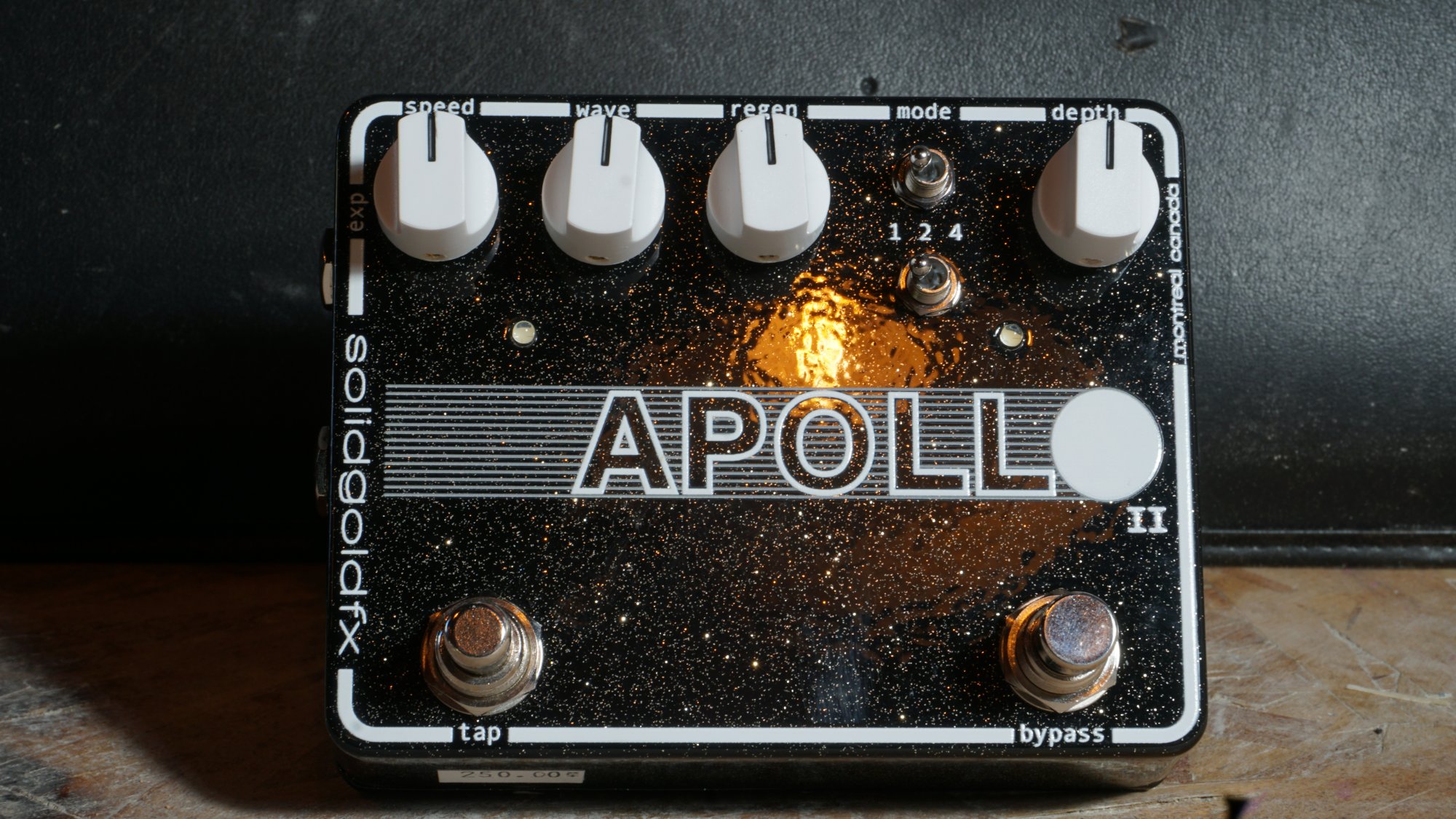 ver since the halcyon studio days—where guitar effects were made with recording machines instead of pedals—guitarists have pined for the sound of a lush analog phaser. The original recording gurus had to make do with hand-manipulating tape machines, and in the early '70s, pedal phasers were born. Our Apollo II phaser marks the next generation of pedal phasers—the next best thing to actually creating the phase shifting by hand…and who has time for that?

Perhaps the best part of the Apollo II phaser is its ability to go above and beyond anything possible in the phaser realm. While most phasers operate with a sine wave-based LFO circuit, the Apollo II phaser gives you an 11-position detented control with a multitude of waveforms.

These waveforms are the key to wringing the goods from the Apollo II. In addition to standard sine waves, the Wave knob features everything you (and we) can dream of, from all standard waves to hybrid waves and a randomizer, we’ve got it all.

The mode toggle manipulates parts of the waveforms, attenuating of bypassing certain parts for all new and extremely distinct patterns. And you have a plethora of control over them, thanks to the Apollo II’s tap tempo switch with accompanying subdivision toggle.

The Apollo II phaser is also equipped with an expression jack, giving you control of the Speed knob, or in manual mode (position 11), a cool wah-like phaser tone that will spice up your rig.

Like any phaser worth its salt, the Apollo II comes standard with both Depth and Regen (feedback) knobs, letting you conjure up phase tones from thin and subtle to burly and downright bullish. Turning both up gives you an ultra-powerful time-shifting device that can range from almost-frozen to raygun fast.

Don’t be stuck living in the past—set your sights on the Apollo II and blaze some new trails in modulation.