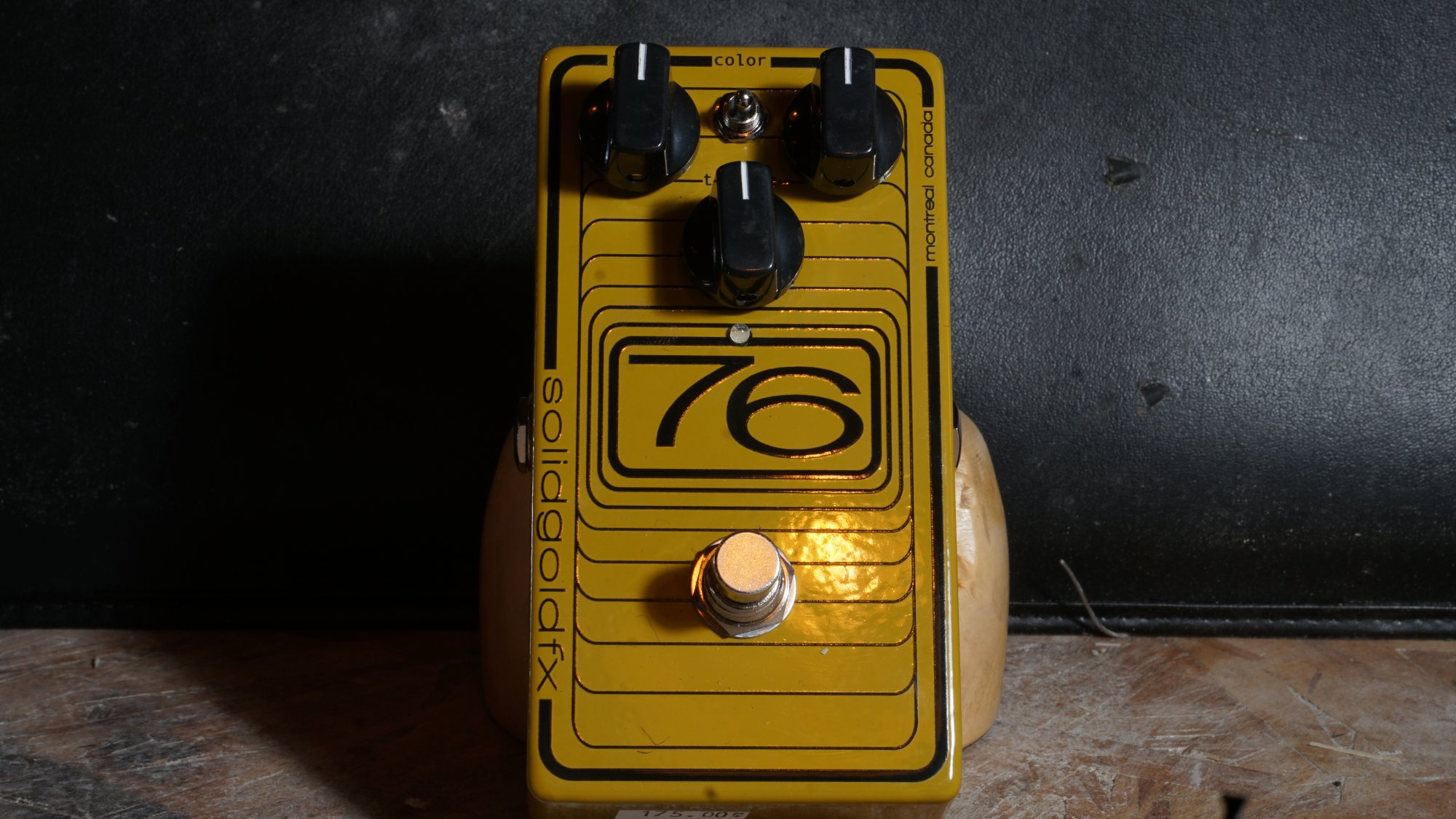 While the Western world was preoccupied with its Fuzz Faces, Tone Benders and others, the Eastern world was bubbling up with plenty of fuzzes of its own. This very distinct era in fuzz history gave us many treasures that have been crowned fuzz legends—the Univox Super Fuzz, Ibanez Standard Fuzz, Ace Tone Fuzz Master, Shin-Ei Companion and several others.

Our 76 offers up a comprehensive guided tour to the best that the Standard Fuzz and its ilk has to offer without any of the drawbacks, such as a quiet signal or fragile wiring. On its face, the 76 gives you a multi-voiced germanium-equipped fuzz unit that gives you hints of octave-up snarl while it ruthlessly pummels your amp with hair and fangs.

Aside from standard volume and fuzz controls, and unlike the original Standard Fuzz, the 76 also gives you a texture control that sweeps the midrange, effectively giving you many flavors of fuzz across several positions. A three-way color switch offers a little frequency scoop, but the center position is off, for full-frequency fuzz madness.

The internals contain two DIP switches that alter the character of the unit. The first, clip, changes the clipping stack from the stock Standard Fuzz arrangement of two germaniums into a hybrid germanium-silicon arrangement. Engaging this switch opens the sound up, increases crunch and definition for a searing lead tone.

The other switch, Dark, engages a treble cut on the input, which helps to prep the incoming signal for the fuzz onslaught. This switch should be engaged if the 76 follows a bright dirt pedal or a jangly set of pickups.

The new Standard Fuzz is here and is a forced to be reckoned with, leveling audiences with its punishing buzzsaw grind and unbridled harmonics. The 76 is your favorite fuzz nerd’s favorite fuzz.